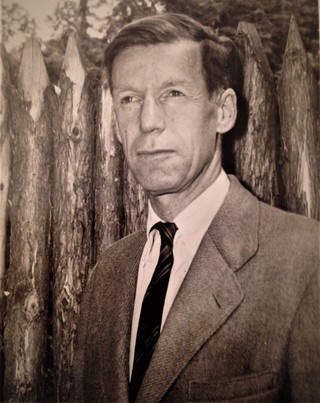 Daniel Aaron, the leading Americanist of his generation, was the Victor S. Thomas Professor Emeritus of English and American Literature at Harvard University when he died in 2016 at the age of 103. Among his groundbreaking books are Men of Good Hope, The Unwritten War, Writers on the Left, American Notes, and The Commonplace Book.The first to receive a PhD from Harvard in the History of American Civilization, he also was the founding President of the Library of America. In 2010, he received the National Humanities Medal from President Obama. 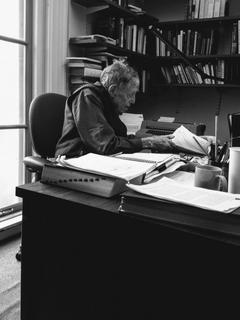 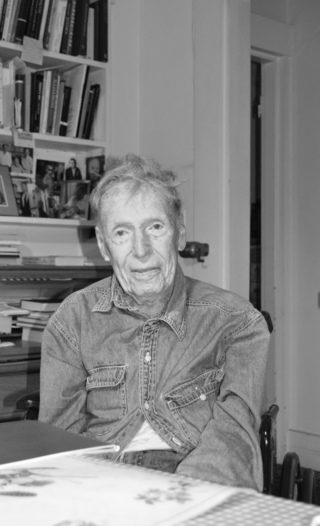 This website is dedicated to the work of the great Americanist Daniel Aaron (1912-2016). It is maintained by his literary executor, Christoph Irmscher (Indiana University). The site offers links to Dan's published works, information about his unpublished manuscripts and papers, as well as photographs and critical resources. In the blog section (“From Dan's Desk”), I will publish poems by Dan as well as entries from Daniel's Dictionary, Dan's extensive collection of curious and memorable words. The site also provides a link to the finding aid for Daniel Aaron's papers at Houghton Library, Harvard University. Contributions to the site are welcome and invited. If you want to contribute or provide links related to works by and about Dan, please get in touch with me through the contact form.

Daniel Aaron and Henry Nash Smith (1906-1986) were the first two doctoral students in the new program of study in the History of American Civilization, established at Harvard by the literary critic Howard Mumford Jones. Both Aaron and Smith would go on to shape the discipline subsequently known as American Studies. But while Smith's Virgin Land (1950) would give rise to the “myth and symbol” school, Aaron was never much invested in defining what in its “visitable past,” to use Henry James's phrase, had made America what it is today. Instead, he wanted to find out what this America should and could have been and perhaps still had the potential of becoming. An inveterate self-deprecator, Aaron never wanted any disciples. But he had hundreds of devotees who, perhaps unusually for an Americanist, came from all over the world. Some of this international appeal was no doubt due to the comprehensiveness of Aaron's interests. Wide-ranging in his references—he would quote from Robert Musil's massive novel Man without Qualities as effortlessly as he would refer to Emerson or Whitman or, a personal favorite, John Jay Chapman—he abhorred any form of nationalism or intellectual parochialism. And while he was not a communist (though some suspected him of being at least a sympathizer), his belief in the viability of a genuinely American progressive tradition would often lead him to abandon the mask of disinterested scholarship in favor of some form of political advocacy. “American plenitude,” the richness of the democratic collective evoked in Whitman's Democratic Vistas, appealed to the son of Russian Jewish immigrants, while that other, darker, predatory America also described by Whitman, given to "materialistic advancement," a country that was bigoted, crude, and superstitious, haunted him.

Aaron liked to claim that he was merely an observer of the American scene, but the deeply ethical foundation of his three most important books—all became landmarks in the field—is evident on every single page. From Men of Good Hope (1951) to Writers on the Left (1961) to The Unwritten War (1973), Aaron devoted himself to ferreting out writers or ideas that had been overlooked or, in a memorable word from The Unwritten War, “unfaced.” Whether Aaron's topic was the forgotten belief in "discoverable utopias" among nineteenth-century thinkers or the fraught attempts of writers during the 1930s to meld their desire for artistic freedom with social reform or the invisibility of race in much writing about the American Civil War, Aaron was constantly on the lookout for “parts of the American tradition” to which he could attach himself (The Americanist, 2007). Although he wrote perceptively about literature—his essay on Longfellow, for example, anticipated the current renaissance of Longfellow scholarship by decades—he didn't see himself as mainly a literary critic. A supreme stylist who regularly contributed to the New Republic or the New York Review of Books, Aaron never wrote for the specialists. The catholicity of his interests is reflected in the sheer range of authors, from John James Audubon to Albert Murray to Lynd Ward, published by the Library of America, an enterprise he did found and which he considered his most lasting offering to the country he loved with so much troubled affection. 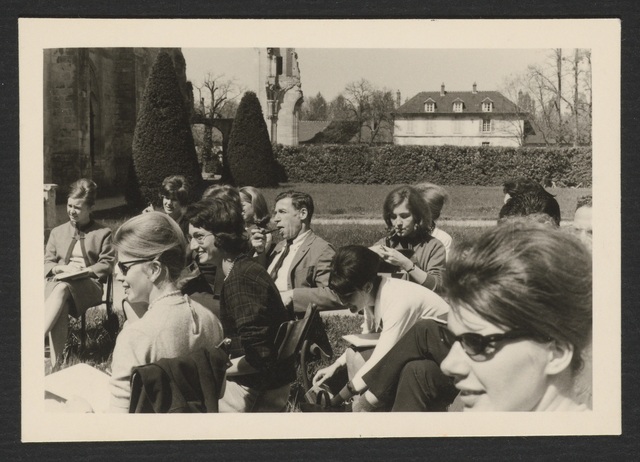 Christoph Irmscher on Daniel Aaron's year in Poland, published in the Library of America's "Reader's Almanac"