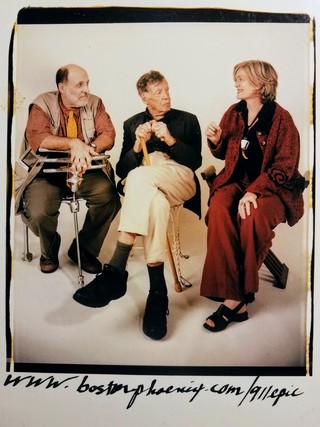 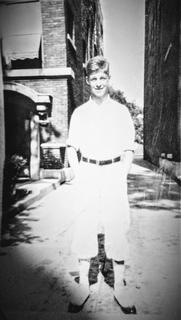 Born in on August 4, 1912, Daniel Aaron spent his early years in Chicago before his family moved to Hollywood, where his lawyer father had many connections with the industry. Orphaned at age 12, Aaron and his four siblings were shuffled back to Chciago, where his guardian uncle oversaw an education that Aaron himself later described as scattershot. Accepted at the University of Michigan, Aaron earned his B.A. in 1933 and, after a brief period of working for a news service, began his graduate education at Harvard University in a newly established interdepartmental program in “American Civilization,” where he studied with Perry Miller and Howard Mumford Jones, obtaining his Ph.D. in 1943. Henry Nash Smith was his fellow classmate. Barely out of graduate school, Aaron was offered a professorship at Smith College, where he stayed for three decades and became close to Newton Arvin, whom he supported when Arvin was forced into retirement over his homosexuality. In 1949, he for the first time joined the Salzburg Seminar in American Studies. A frequent Fulbright lecturer abroad (Aaron visited Austria, Finland, Germany, Poland, Uruguay, and the United Kingdom), Aaron later reflected critically on his role as a professional explainer of American culture abroad, the subject of his memoir The Americanist (2007). In 1971, Aaron returned to Harvard University as the Victor S. Thomas Professor of English and American literature. He was elected a fellow of the American Academy of Arts and Sciences in 1973 and a member of the American Academy of Arts and Letters in 1977. 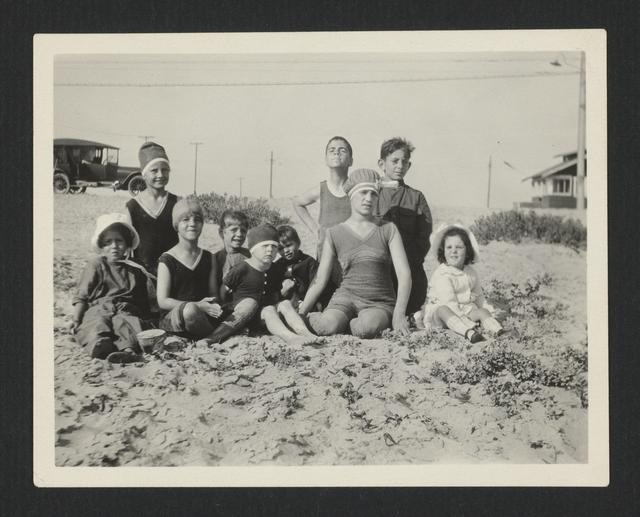 Daniel Aaron (4th on the left) with siblings and friends on the beach in California (Daniel Aaron Papers, Houghton Library).

From the memorial minute on the life of Daniel Aaron, presented to the Faculty of Arts and Sciences at Harvard University on October 3, 2017: “Serene, puckish, generous, and welcoming, Daniel Aaron ... known as Dan to one and all, presided over, in the 33 years after his retirement, the longest-running open-door seminar and Socratic conversation in his English Department office. Newer friends one-third his age and long-term colleagues and companions from more than a dozen countries were met with intellectual curiosity, warm good-natured interest, and lively sense of play and relish. For the 40 years of his professional life, Dan was a central figure and defining international presence in the post-war world of American studies as he and the discipline he championed explained to a newly attentive world the richness, diversity, and deep historical problems of American experience, as seen in its culture, public life, and thought.” (Harvard Magazine, January-February 2018) 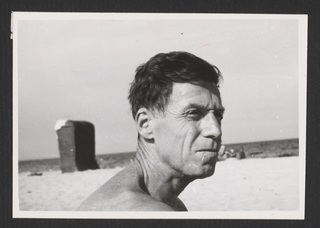 Aaron's FBI file, after several FOIA requests now publicly available on the FBI's own site, sheds light on the FBI's interest in his support for the writer Granville Hicks, author of a widely noticed study of John Reed (written with John Stuart, 1936), a member of the Communist Party and, like Aaron, a counsellor in the new program in  "Counsellor in the extracurriucular reading of American history." According to the file, "Daniel Aaron, a faculty member at Harvard University, was reported to have suggested that a petition be circulated requesting the extension of a teaching contract for a teacher alleged to be a Communist Party member" (p. 2). While the summary memorandum related to the allegation is deleted and Hicks' name is not mentioned, Hicks' autobiography leaves no doubt that this entry referred to him: "A petition asking that I be kept on the faculty was circulated among students, and ... there were a hundred or so signatures." Hicks' contract was not renewed, while Aaron accepted an offer from Smith College, where he stayed for the next thirty years (Granville Hicks, Part of the Truth: An Autobiography, New York: Harcourt, Brace & World, 1965, 171; Aaron, The Americanist 56-57, 63). The bulk of the file concerns the circumstances leading to Aaron's work on Writers on the Left, notably the role played by the Fund for the Republic, which had funded Aaron's research.